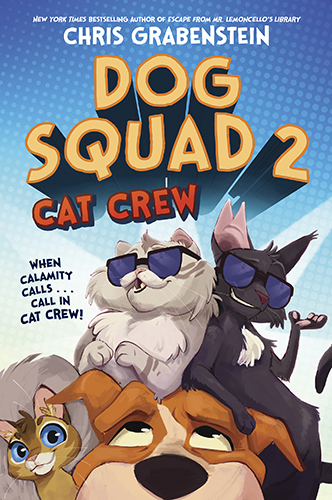 Do you love DOGS? Do you love CATS? Do you love ACTION, ADVENTURE, and LOTS OF LAUGHS? Then put your paws together for the second book in the hilarious DOG SQUAD series!

When trouble calls, it’s Dog Squad to the rescue! But when calamity calls, it’s time to call in Cat Crew!

Fred, the loveable stray who became the star of the hit streaming sensation, Dog Squad, is back and working on a new show—Cat Crew!

But wait a second—there’s competition from the super talented cats who live in the mansion next door.

And, wait another second. There’s something very odd about those next-door-neighbor felines. There’s also something extremely suspicious about their glamorous trainer.

Is this other cat crew being electronically controlled?!?! And what exactly is the evil trainer plotting? Can Fred save the day and the cats?! It’s time for an all paws on deck top-secret rescue mission!

Get ready for book 2 in this action-packed, middle grade series that has kids (and canines) howling with laugher! Nothing’s too ruff for the Dog Squad!

Listen to an excerpt! 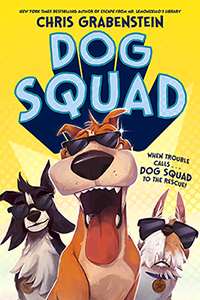 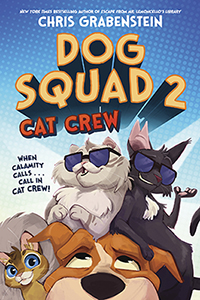