Chris talks about writing and takes you behind the scenes of the book and movie in this 24-minute video. 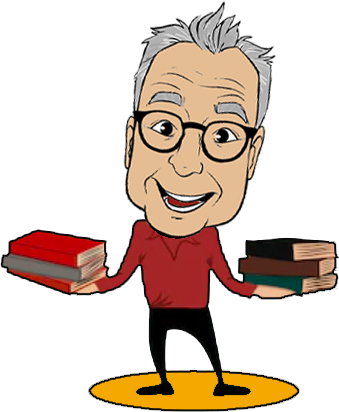 Download the School & Library Brochure with activitiesCheck out the new study guide for the seriesLook behind the scenes of the movie!Read the first three chaptersDownload the educator’s guide prepared by Colby Sharp of Nerdy Book ClubDownload the study guide 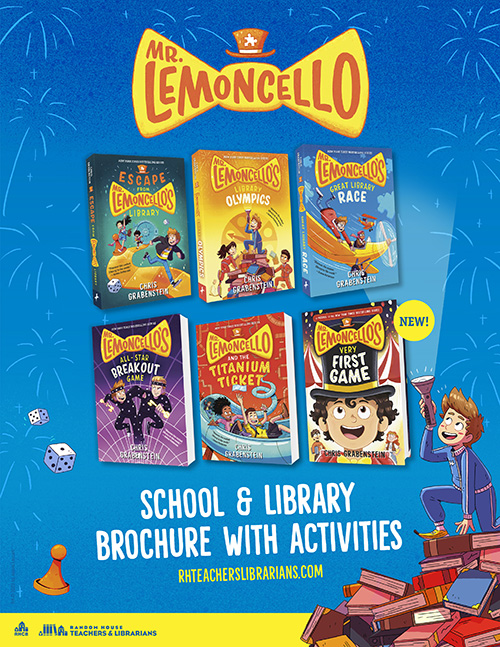 Bring the Fun, Excitement (and Learning) of Mr. Lemoncello’s Library into Your Library! 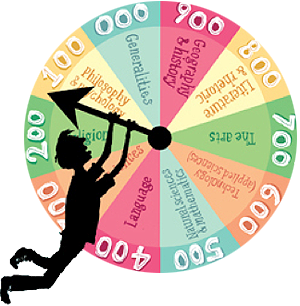 Everything you need is available in one downloadable PDF:

To access this PDF file, you will need a special password (otherwise, all the players could find the answers to the word puzzle right here!). If you are a librarian or the person organizing the game, just send an e-mail to Chris and he will send you the secret password. 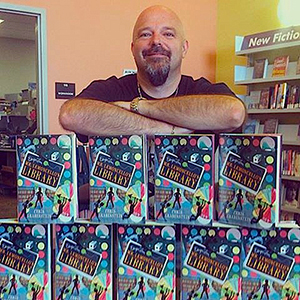 Darrell Robertson, one of the Children’s Services Librarians at the Finksburg Branch of the Carroll County, MD Library System who helped design the game for libraries everywhere!

Can You Solve the Mysterious Final Puzzle in the Book?

There is one puzzle in Escape From Mr. Lemoncello’s Library that’s in the book but not the story—although a clue about how to find and solve it is.

If you think you’ve figured it out, e-mail your answer to Chris to see if you are one of the most ridiculously brilliant readers in the entire known (and, perhaps, the unknown) universe.

Several years ago, Chris made his first of many author visits to one of his favorite schools: P.S. 10 in Brooklyn, New York. The librarian, Ms. Macrina (pictured with Chris) told him how the school’s marvelous library had been donated by a very generous benefactor.

That sent the chipmunks spinning on the treadmills in Chris’ mind. “What if a very generous and eccentric benefactor donated the world’s most amazing library to the small Ohio town where he grew up?” Years later that little idea has become Escape From Mr. Lemoncello’s Library!

Sadly, Mrs. Macrina passed away in October 2015. That’s why the dedication to the second Lemoncello book, Mr. Lemoncello’s Library Olympics, includes this passage:

And in Memory of Rosanne Macrina, the long time librarian at P.S. 10 in Brooklyn who inspired so many children and one author who was very lucky to have met her. 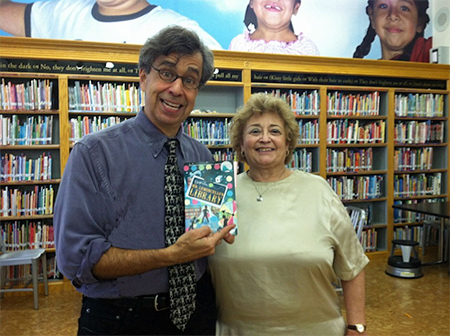 Learn how the cover was made for Escape from Mr. Lemoncello’s Library

Listen to Chris talk about and read from the book 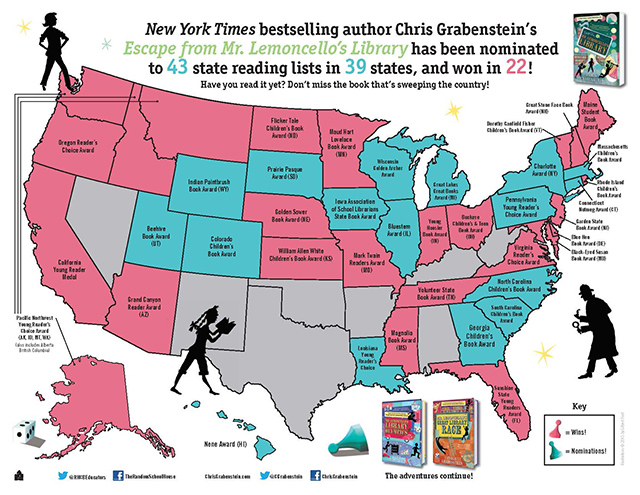 Other Awards and Honors