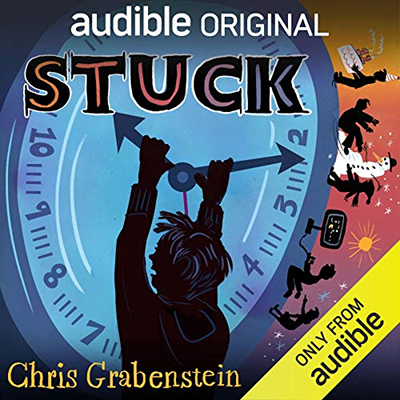 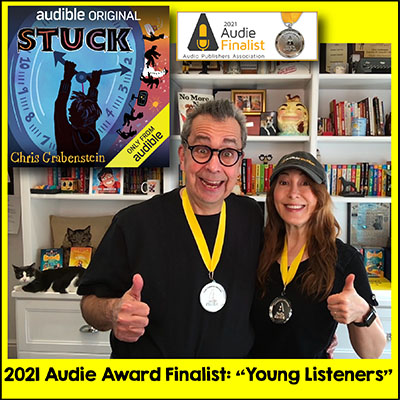 On his eleventh birthday, Jackson is nervous about moving up to middle school where he knows he’ll be bullied by older kids, so he makes his wish, “I don’t want to grow up!” When his twelfth birthday rolls around, he discovers his wish came true: he’s still eleven, and he’s starting fifth grade (again). At first, this is the perfect life. Jackson is the smartest kid in his class, the best on his baseball team, and the star of the school band. But after a few years of being eleven, he realizes his life is passing him by. His little sister is suddenly his big sister, his former friends are driving, everyone else is growing older but he’s still living the same fifth grade life. Will Jackson ever figure out how to grow up or will he remain Stuck?

A radio-style production with music, sound effects, and a full cast—including Chris and his wife J.J. as Chuck and Ernie, the costumed cartoon Woodchuck and Moose at the pizza-and-game emporium where Jackson celebrates his birthday…over and over again.

2021 Audie Award Finalist!
The Audie Awards recognize distinction in audiobooks and spoken word entertainment and are sponsored by the Audio Publishers Association. 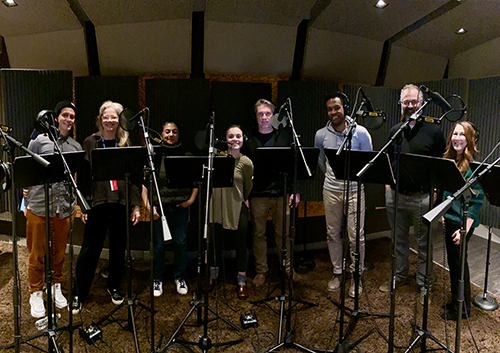 The cast of the Audible Original Stuck 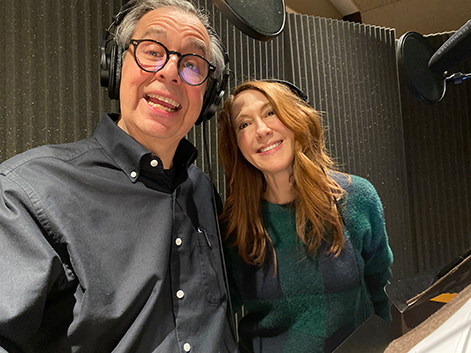 Chris and J.J. as Ernie and Chuck!